Whats on our Durness page:

Durness is a village surrounded by the dramatic landscape of Sutherland on the north coast of the Scottish Highlands. Most of the terrain of this region is impermeable gneiss, carpeted by boggy heathland. Durness itself sits on a patch of limestone, so it's better drained and more fertile. The limestone has been eroded into caves: Smoo Cave at the edge of the village is easily visited, others should be left to trained cavers. To the west, Cape Wrath is the most north-westerly point of the Scottish mainland.

In more recent times, in 1841, Durness was the first area in which residents did not simply accept being cleared off their land to make way for sheep. Military intervention in support of the landowner ensured partial clearance did eventually take place, but it was not as widespread as originally had been intended. And the refusal of crofters in Durness simply to accept their fate showed others elsewhere in the highlands and islands that resistance was possible.

Durness remained very isolated until relatively recently. In 1894 it was noted that anyone covering the 20 miles from Tongue had to use three ferries, across the Kyle of Tongue, the River Hope, and Loch Eriboll. Little wonder that Durness parish, which until 1724 stretched as far as Tongue in the east and Kylesku in the south was split into three. A good road south was completed in 1893, and from the following year, there was a daily coach connecting Durness with the railway station at Lairg, some sixty miles to the south-east. To the north of Durness is Faraid Head and Balnakeil Bay.

This most north-westerly village in the British mainland boasts spectacular scenery with a rocky coastline, pristine beaches with turquoise waters, a wide array of wildlife and vast open spaces which makes it a great escape from all the hustle and bustle! Scattered around a string of sheltered sandy coves and grassy clifftops, Durness straddles the turning point on the main road as it swings east from the inland peat bogs to the coast. Nearby are Smoo Cave, a gaping hole in a sheer limestone cliff, and beautiful Balnakiel beach.

Smoo Cave (Park on the main road and follow steps down to the cave entrance). Tours Jun-Aug 10:00-17:00, Apr-May & Sept 11:00-16:00. This 83 m cave is a geological oddity. Enter on the shore via the outer chamber, a sea cave created by wave action along a fault in the rock; it once stretched the 600 m length of the sea gorge and you can still make out fragments of the collapsed roof and walls. (The sea nowadays only reaches the cave on the highest tides.) The inner part has been created by stream water flowing through limestone, and the two caves have combined. From the outer chamber, you follow a walkway over the flooded middle chamber, which has a waterfall when there is enough water. You can come this far free, any day at any time. To go further you have to join the tour, which takes a little boat across the pool to access the innermost chamber. Adult £6.

Watch wildlife - whenever you're outdoors, always keep a lookout for sea birds (including puffins), seals and porpoises; occasionally even whales.

Durness lies within the UNESCO North West Highlands Geopark which also covers Kinlochbervie and Kylesku. It is, in fact, a geological wonderland: the rocks range from the 3-billion-year-old Lewisian Gneiss to the Torridonian Sandstone which makes up the spectacular mountains such as Ben More Coigach, Suilven and Quinag. White quartzite caps many mountains and the largest area of limestone in Scotland occurs in the Geopark. For geologists, however, the most famous feature is the Moine Thrust, a large geological fault that attests to the vast forces that built the Caledonian Mountain Range, some 400 million years ago. Much more recently, during the Ice Age, vast glaciers sculpted the mountains and valleys as we see them today.

Durness golf course is just beyond Balnakeil. Nine greens with eighteen different tees, this golf course, featured on a memorable Peter Alice program, has spectacular views over Balnakeil Bay and Cape Wrath. Not to be missed by golfing enthusiasts, visitors are welcome. Additionally, bine holes but you play twice off different tees so effectively it's 18 holes, 5555 yards, par 70. Standard fee £20.

Cape Wrath - Ferry & minibus May-Sept. The most north-westerly point on the Scottish mainland. Not the most northerly, that's Dunnet Head near Thurso, but certainly the most remote. There's no through road, so you take a little ferry from Keoldale (mile & a half south of Durness) across the Kyle of Durness. (£5; the boat can fit one or two bikes, but check ahead.) A minibus (£7) meets the ferry and lurches slowly along 11 miles of rough track, taking an hour to the Cape. There's the small "Ozone Cafe", a Stevenson lighthouse (still in use; you can't go in) and windswept cliffs with whirling seabirds. The minibus goes back after 50 mins. The whole Cape is an SSSI. It's also a military live-fire training range, and public access is closed when the range is in use, normally in spring and autumn M-Sat. To get in by land, leave the main road at Sarsgrum at the head of the Kyles, and walk along the west shore till you pick up the track. It's 18 miles each way, less when the tide is out and you can wade across the river.
‍

The restaurants in Sango Sands Oasis and Smoo Cave Hotel cater to non-residents; they are also the only public bars present.‍

Durness is a fantastic location to base your walking holiday. With the hills of Foinaven and Arkle nearby and the most Northern Munro Ben Hope only a short drive away hillwalking enthusiasts have plenty of scope for adventure. For those who prefer a little less uphill, the coastal paths offer peace and wonderful views, and Ranger Walks run in the summer to show you the area. Hillwalkers and mountain climbers find this place a real haven as it offers towering cliffs, rugged mountains and expansive moorlands which all provide fantastic but sometimes challenging walking trails.

Faraid Head - this is the peninsula north of Durness. Follow the lane to Balnakeil craft village and past the church. The lane continues beside the beach but is often deep in blown sand, so follow it or the beach as conditions allow. Look for seals. It's two miles each way, see the description by walkhighlands.co.uk. Viking remains (including bodies) have been uncovered around here as the sands shift and blow.

The Cape Wrath Trail - is a long-distance hiking trail of 200 miles from Fort William. It's unofficial, so it's not way-marked, with few facilities en route or definitive paths. It's often boggy underfoot and pelting with rain, so it's definitely hard-core. The northernmost section, from Sandwood Bay to the Cape, is along the west coast (e.g. not using the track, but the same military restrictions apply) and will take even a tough walker eight hours to cover the eight miles. Now think about getting back.

In summer bikes can be hired at The Hub in the village. As the North West corner of the British road system, cycling through and around Durness is very popular.

This is a unique cycle route starting with a short boat trip and continuing along the shore and across moorland to the furthest North West point of the British mainland.

To Cape Wrath - this route goes right out to the furthest North-West point of the British mainland – a dramatic headland with its whitewashed lighthouse perched atop the cliffs. The road itself is not connected to the main public road network so access is by the Cape Wrath Ferry, a foot passenger boat from Keoldale a mile south of Durness (make sure you arrange a return time as there’s no other way back). Once off the boat, there is only one road which continues for 11 miles to the lighthouse. The road is tarmac but fairly broken in places so the surface can be quite rough. After a short section parallel to the Kyle of Durness which gives wonderful views across to Balnakiel Bay the road swings inland and climbs onto open moorland which is crossed via numerous ups and downs all the way to Cape Wrath.

After about 8 miles a detour of a mile (each way) can be made down to the idyllic bay at Kearvaig, guarded by a spectacular sea stack and lying just to the west of the highest cliffs on the UK mainland. The track to the bay is quite rough so although mountain bikers may find it possible others may prefer to leave bikes near the top of the track and walk down to the bay.   Once at the lighthouse there are good coastal views and plenty seabirds including Puffins in the spring and summer months. The lighthouse also offers refreshments throughout the year.

Kayaking - With the number of inlets, bay and coves in the area, Sea Kayaking around Cape Wrath and along the North Coast is popular in summer. Durness makes an ideal base for this sport.

Surfing - With nearby beaches on the West Coast, and local north facing breaks, Durness has some of the most consistent swells on mainland Britain. With the range of beaches, somewhere will inevitably be offshore.

There is a well-stocked local Spar which doubles as the post office.
Balnakeil - one mile west of Durness by Loch Croispol, is a craft village on the site of a Cold War early warning station. Businesses here, usually open May-Oct, include Cocoa Mountain (surely the country's most northerly chocolate makers; they also have a base in Dornoch), Balnakeil Glass, and "The Wee Gallery" of paintings and wood sculpture.

Highland Gathering - On the last Friday in July Durness hosts the Highland Gathering, where you watch traditional competitions such as tossing the caber and Highland dancing. Events are open to anyone who fancies a challenge. There are also less traditional events such as tug of war, tip the bucket and the pillow fight for those who want a laugh!

Durness Highland Games are held on Shore Park in late July. The next event is Fri 24 July 2020.

Durness is now one of the few remaining places of any size in mainland Scotland that you can only access by single-track road. The white lines cease some fourteen miles south on the A838, and the road east along the north coast of Scotland to Tongue and Thurso has many single-track stretches. For more information about Scotland's single-track roads and how to drive them, visit our feature page on driving single track roads.

Slowly is the key point - the A838 twists and turns along the rugged coast and over the hills and far away. Durness is 100 miles / 165 km from Inverness and 65 miles / 110 km from Thurso. Much of the road is single-track with passing places, where stray sheep dispute the right of way with mad bats in white vans.

By bus - a fleet of minibuses is operated by Durness Bus. These run year-round, as school buses midweek, with long-distance services only on Saturday.

From Inverness, Bus 805 runs Sat only via Bonar Bridge, Lairg, Laxford Bridge and Kinlochbervie to Durness (3 hrs) and Balnakeil. It runs south from Durness around 08:30 and returns north around 16:00.

Mon-Fri this connection is via Lairg, which has trains between Inverness and Thurso / Wick. Bus 806 runs from Durness at 08:00 to Lairg for 10:30, coming back around 12:20. Friday evenings there's an extra bus to Ardgay railway station.

July-Aug Bus 804 runs M-Sat from Lairg via Ullapool, Lochinver, Kylesku, Laxford Bridge and Kinlochbervie to Durness; 15:50 from Lairg and 10:50 from Durness.

From Thurso, Bus 803 runs Sat only via Dounreay, Tongue and Melness to Durness (2 hr 30 min). It runs east from Durness around 09:20 and returns west from Thurso around 14:20. A couple of other buses ply mid-week between Thurso and Tongue. 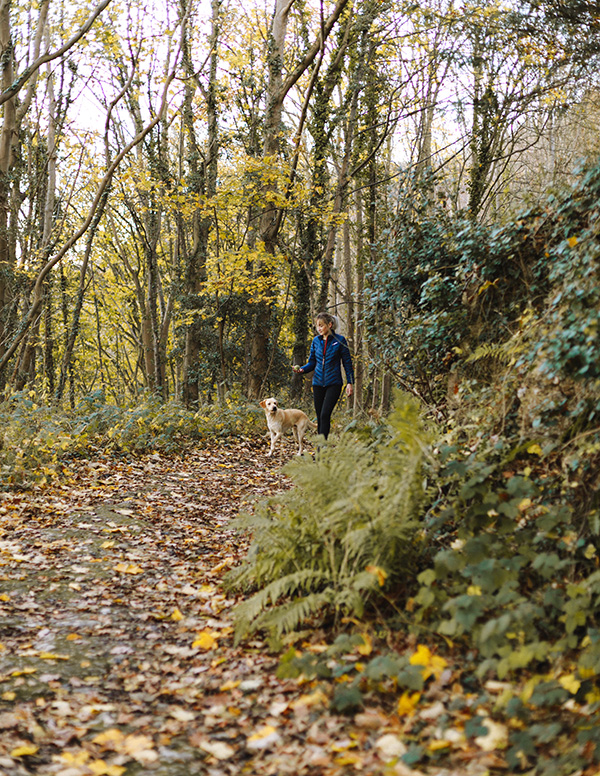 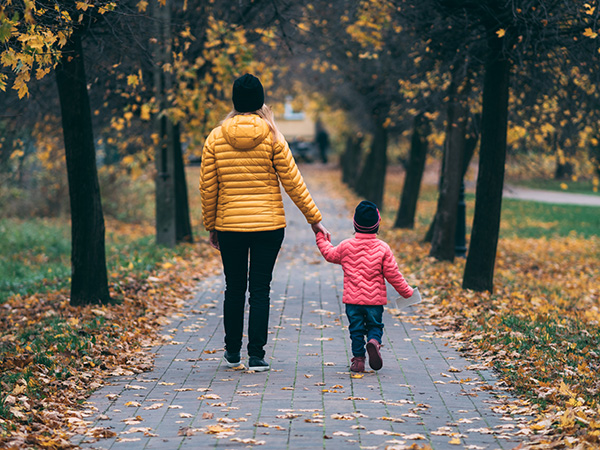 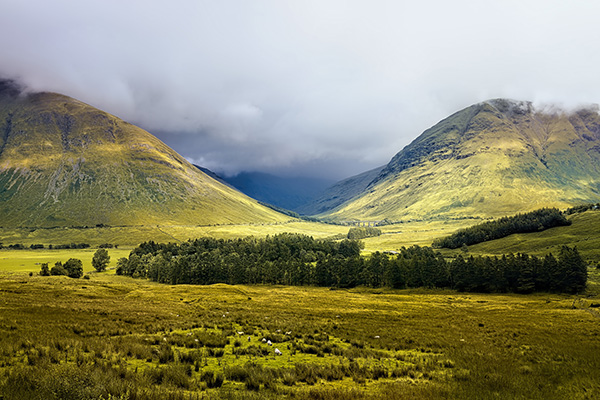 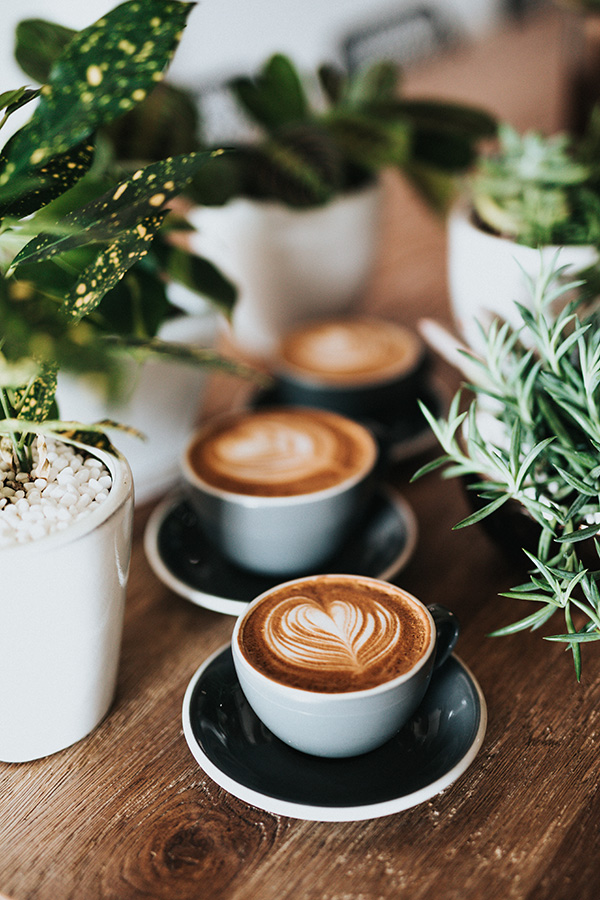 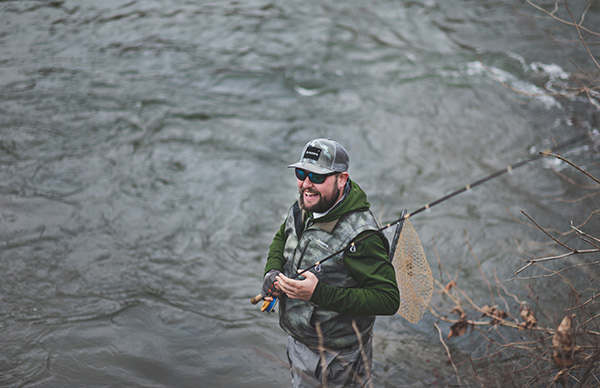 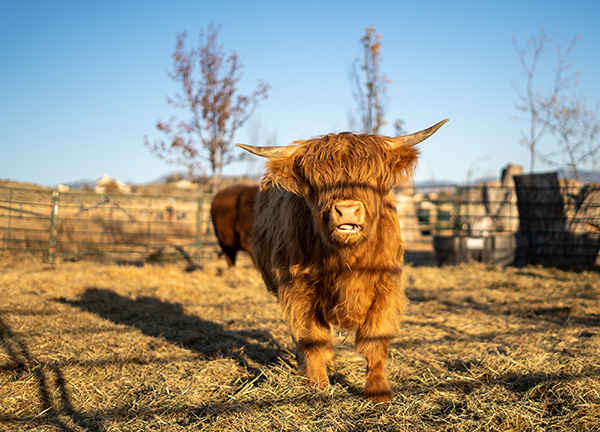 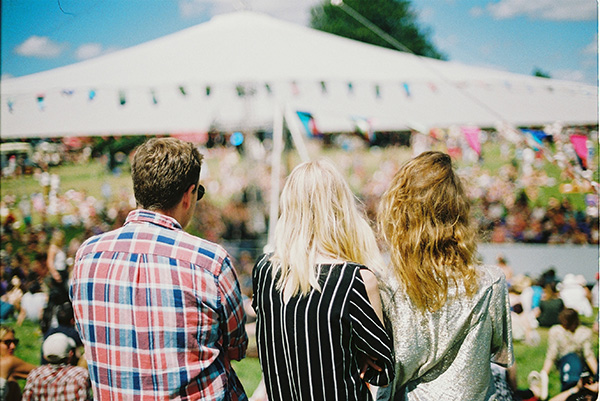 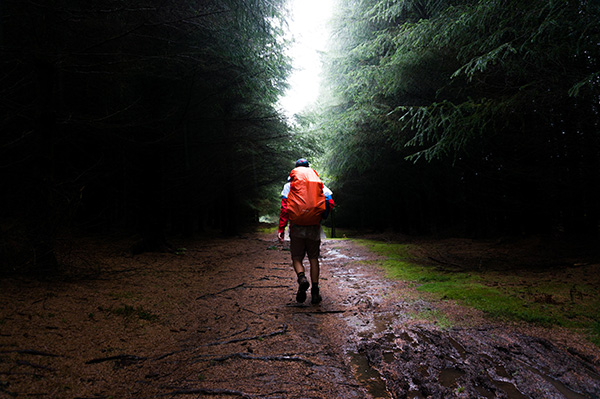 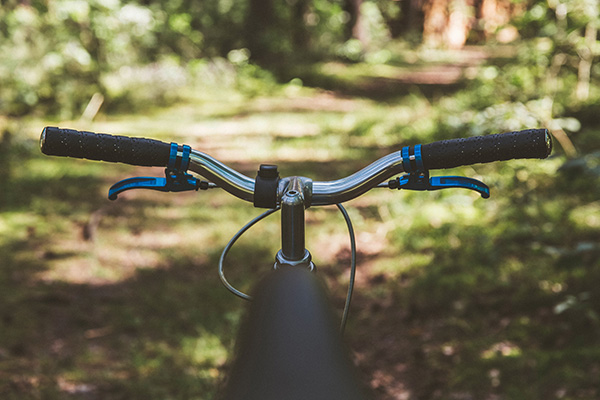 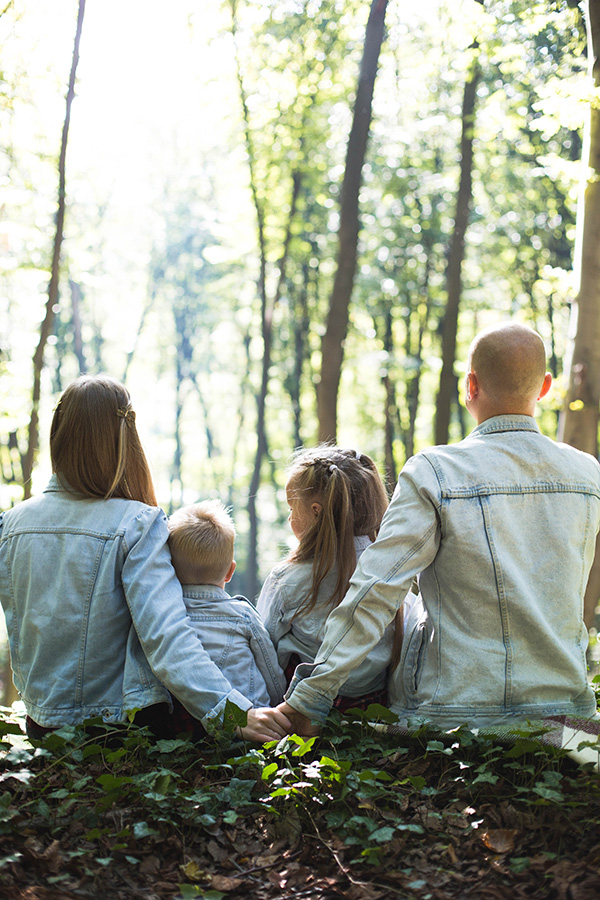 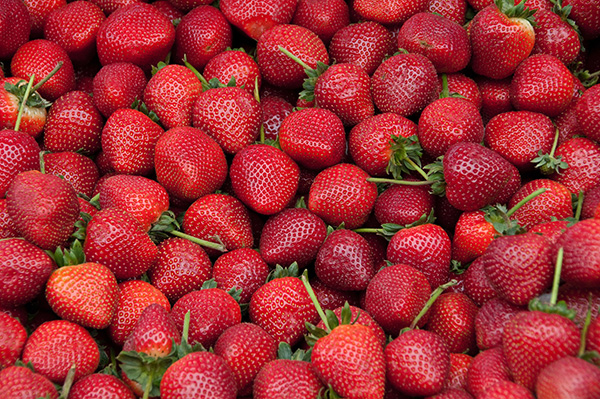 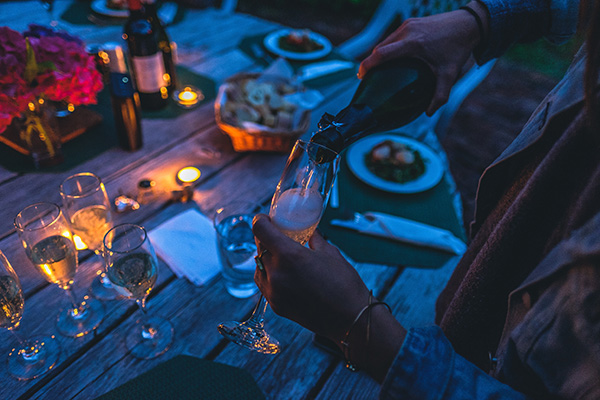 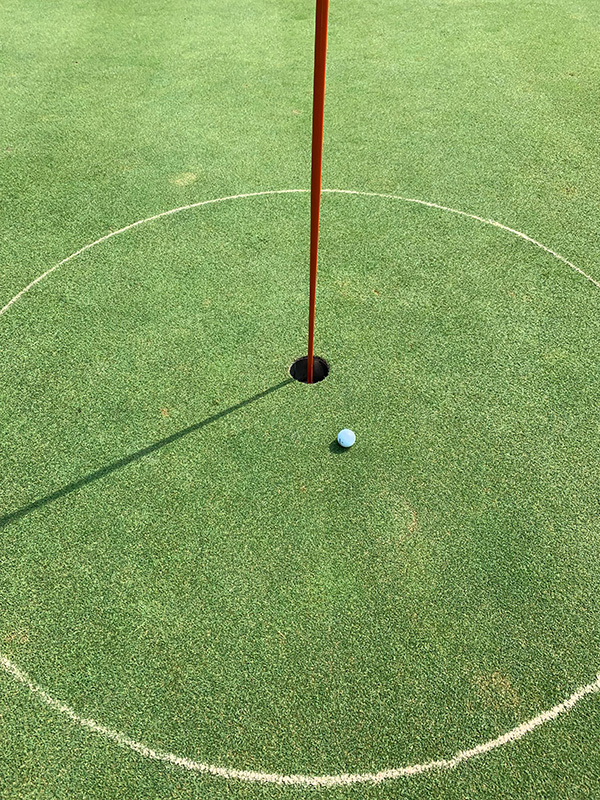 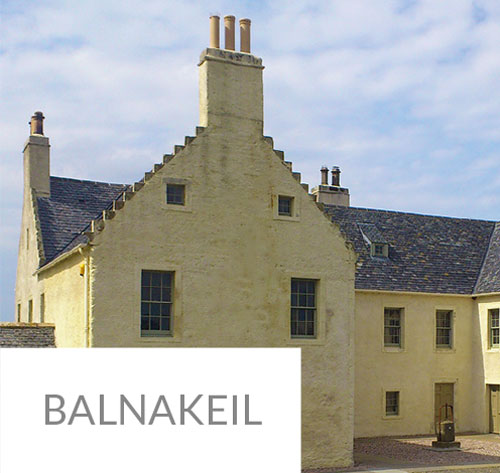 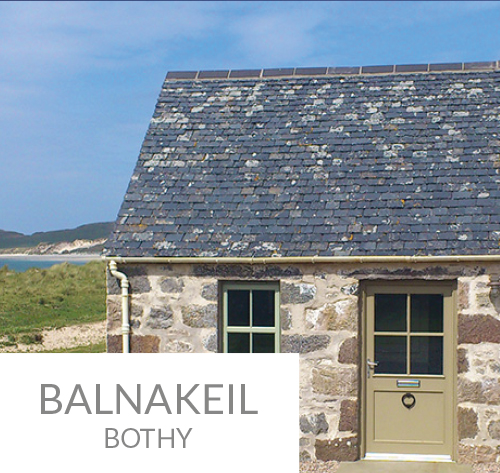