Galashiels is on Gala Water near its junction with the River Tweed, 33 miles (53 km) south-southeast of Edinburgh. The part of the town on the west bank of the Gala lies within the historic county of Selkirkshire, while the east bank belongs to the historic county of Roxburghshire. Woollen manufacture dates from the close of the 16th century, and the Heriot-Watt School of Textiles and Design (formerly Scottish College of Textiles) is the central institution for the industry. There are also other light industries. Galashiels was originally a village built for the accommodation of pilgrims to Melrose Abbey, 4 miles (6.4 km) southeast, and was designated a burgh of barony in 1599. Nearby are two homes of the novelist Sir Walter Scott: Ashiestiel (where he lived from 1804–12) and Abbotsford (which he purchased in 1811). Also nearby is an ancient Pictish earthwork, the Catrail, or Picts’ Work Ditch Pop.

Robert Burns wrote two poems about Galashiels, "Sae Fair Her Hair" and "Braw Lads". The latter is sung by the townsfolk each year at the Braw Lads Gathering. Sir Walter Scott built his home, Abbotsford, just across the River Tweed from Galashiels. The Sir Walter Scott Way, a long-distance path from Moffat to Cockburnspath, passes through Galashiels. There is some largely good-hearted rivalry between some of the Galashiels townsfolk and those of other border towns, particularly Hawick, the next largest town in the Scottish Borders. Galashiels' citizens often refer to their rival as dirty Hawick while the 'Teries' retort that Galashiels's residents are pail merks, supposedly because their town was the last to be plumbed into the mains water system and so residents had to rely on buckets as toilets.

Old Gala House - Set in beautifully landscaped grounds near the centre of Galashiels,Old Gala House is an impressive building dating back to 1583. Once home to the Lairds of Galashiels, the house is now a vibrant museum and gallery which tells the story of the town and its people. It also hosts a seasonal programme of changing exhibitions and events along with a cafe, gift shop and stunning gardens.

Bank Street Gardens – The gardens were gifted to Galashiels Town Council shortly after the Second World War. They were laid out in conformity with proposals put forward by Alfred T. Harrison, Superintendent of Parks with Edinburgh Corporation. Today, the gardens play an important role in attracting visitors to the town and they are planted out twice each year with long,sweeping colourful displays set within the well-maintained lawns.

Pavilion Cinema – a day that your children will love where they can tuck into popcorn as they are transported to another world at a family film. The Pavilion is a family operated independent 4 screen cinema serving the population of Galashiels and the wider Scottish Borders community.

Mojos Soft Play – where children can have fun playing while you relax with a hot cup of coffee and a tasty slice of home baking. They have a separate designated soft play area for the toddlers whilst the bigger kids play on the main frame. There is a double lane rainbow slide which seems to be very popular with the kids and adults. You can pop down and have a race around our go-kart track. Kids and adults love them as the cars are designed for 2 people to ride so even the smallest of children can enjoy them whilst the adults drive.

Golf -  Galashiels golf club is a 9 hole golf course situated in the beautiful rolling hills of the Scottish Borders. Perched above Galashiels, the course provides magnificent views over the valley and is only 15-minute walk from the Galashiels train station. Torwoodlee golf club is a 15 minute drive from Dignity and Time and welcomes visitors from around the world to sample the majestic course and experience the warmest of Scottish Borders hospitality. The 18-hole course is a stunning picturesque rolling parkland paradise just outside Galashiels in the beautiful Scottish Borders countryside. The course is set in a valley amongst mature trees, flanked by the River Gala.

The Salmon Inn –  A family run traditional and welcoming Inn in Galashiels which offers exceptional food and atmosphere, ‘renowned in the Scottish Borders’. It also offers a great range of spirits, wines, local real ales and jam jar cocktails that cannot be missed. It is hard to disguise their pride when it comes to their beautifully designed, modern, luxurious pub inn & accommodation in Galashiels. It is precisely the contemporary hospitality and stylish minimalism that its guests will simply find easy to relax in.

Clovenfords Hotel – Clovenfords is Time and Dignity’s local village, a small drive from Galashiels. The Hotel has a nice setting in the middle of the village. A place for decent pub grub and a very easy walk to and from Dignity and Time – definitely worth trying out during your stay.

Gala Tandoori – The Galashiels Tandoori is the no. 1 restaurant on trip Advisor for the Scottish Borders. Located right on the High Street in the middle of the town centre, you won’t want to miss out on the culinary delights at this popular spot, whether you’re after some of the classics like rogan josh and tikka masala or want to dive in and try one of the specialities like the naga, or the tandoori deluxe.

The Scottish Borders are the perfect place for walkers all year round – whether it’s a gentle stroll or something more demanding. There are some 1500 miles of dedicated walking routes in the Scottish Borders where you’ll often find yourself following in the footsteps of famous names from history.

Gala Policies - A very short circular through these charming former policy woodlands of what was New Gala House. In 1974 the then Selkirkshire County Council purchased the woodlands for the enjoyment of the people. Being former policies,the park contains both native and introduced tree species including giant redwoods.

Hollybush Circular - This circular route follows the Southern Upland Way from Gala Policies over hill farmland then returns to the town along the River Tweed. The River Tweed rises in the Lowther Hills and flows for 100 miles before emptying into the sea at Berwick-upon-Tweed. It is Scotland’s 4th largest river.‍

Enjoy a day of cycling?  The Scottish Borders boasts hundreds of square miles of forest trails and woodland tracks which are visited by mountain bike enthusiasts and cyclists from far and wide. There are many off-road trails for beginners and families, or for the adventurous rider.

‍National Cycle Network Route 1 - The National Cycle Network Route 1 can be joined in Galashiels on the Black Path on which you can make your way to other popular towns such as Innerleithen and Peebles. The Black Path was built on the former Waverley Railway (the route of which the new Borders Railway mostly follows) and provides an off-road route for walkers and cyclists. As a consequence of the railway returning, the route of the Black Path was changed and some new sections of path were provided.

Tweed Cycle Route –Starting at 650 ft above sea level in Biggar and finishing on the coast in Berwick upon- Tweed, the Tweed Cycle Way is a way marked route, 95 miles long, running through the heart of the Scottish Borders with the River Tweed as its linking theme. It is an attractive route, avoiding busy roads almost entirely,with many fine hill and forest views and handsome towns along the way such as Peebles, Melrose, Kelso and Coldstream.

All angles will have heard of the River Tweed, famous for its salmon and trout fishing. There are also several rivers and lochs for which a permit to fish can be obtained.

Gala Angling Association -  offers excellent fishing for Brown Trout and Grayling in the very heart of the Scottish Borders. The association permit allows fishing on approximately 13 miles of the River Tweed (with the exclusion of several reserved areas), the River Ettrick and approximately 5 miles of the Gala Water. With around 100 local members, there is a full range of local and visitor season and day permits for trout and grayling fishing in their waters.

Despite the town's relatively low population, the early 2000s saw many new developments, with supermarkets including Asda, Tesco Extra, Marks & Spencer, Boots pharmacy, Halfords, Matalan, Next, TKMax and New Look, There is also a range of restaurant/ cafe chains with a McDonald's, Dominoes and Costa. Most of these are on former mill and industrial estate sites, while other disused mills have been converted to living accommodation. Galashiels also has independent stores on the high street ranging from a bakers, Alex Dalgetty & Son, to Inis - an independent clothing boutique.

Braw Lads Gathering - Established in 1930 to celebrate the town‘s history. Preliminary events precede the main ceremonies on the Saturday which begin with the Braw Lad receiving the Burgh Flag and leading his mounted supporters to the Raid Stane. The ride continues with crossing the Tweed to Abbotsford and returns to the Old Town cross where the creation of Galashiels as a Burgh of Barony in 1599 is recalled. The ceremony of sod and stone (sasine) is enacted and red and white roses mingled on a base of thistles to commemorate the marriage of James IV of Scotland and Margaret Tudor. Sports and gymkhana bring the week‘s festivities to a close. There is a week of festivities with a concert, ball, rideout, fancy dress and more.

Galashiels is a 15 minute drive from Dignity and Time. On a sunny afternoon you might wish to make the two hour walk and then return by bus.

The new Borders Railway, which links Galashiels with Edinburgh, saw four new stations built in Midlothian and three in the Scottish Borders. For most of the route, the original line was followed with 30 miles (50 kilometres) of new railway line built. Trains from Galashiels railway station run every half-hour going down to hourly in the evening and on Sundays. Journey times between Tweedbank and Edinburgh take less than one hour.

The town also has a recently opened Interchange building which replaces the old bus station and is also situated next to the railway station. There are several bus services that run throughout the Scottish Borders. It has a cafe, allowing travellers and commuters to relax prior to their bus or train journey. 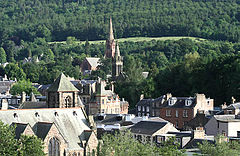 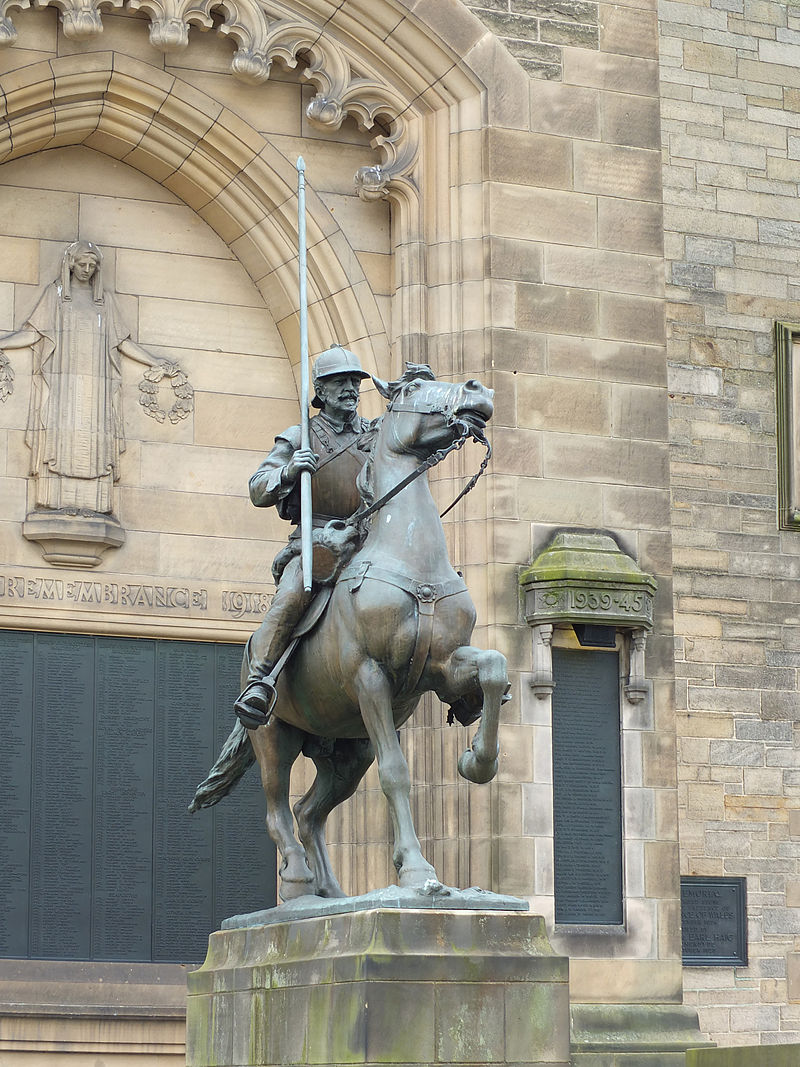 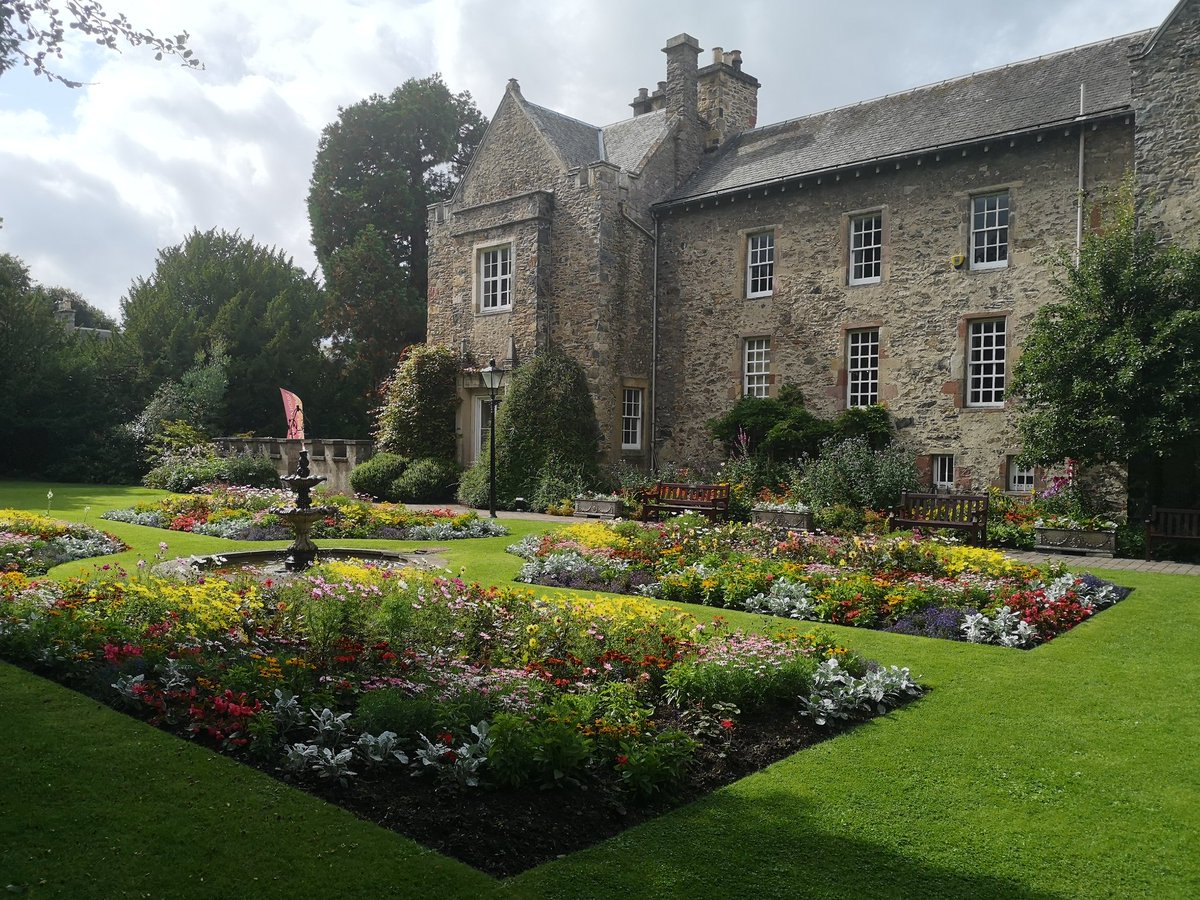 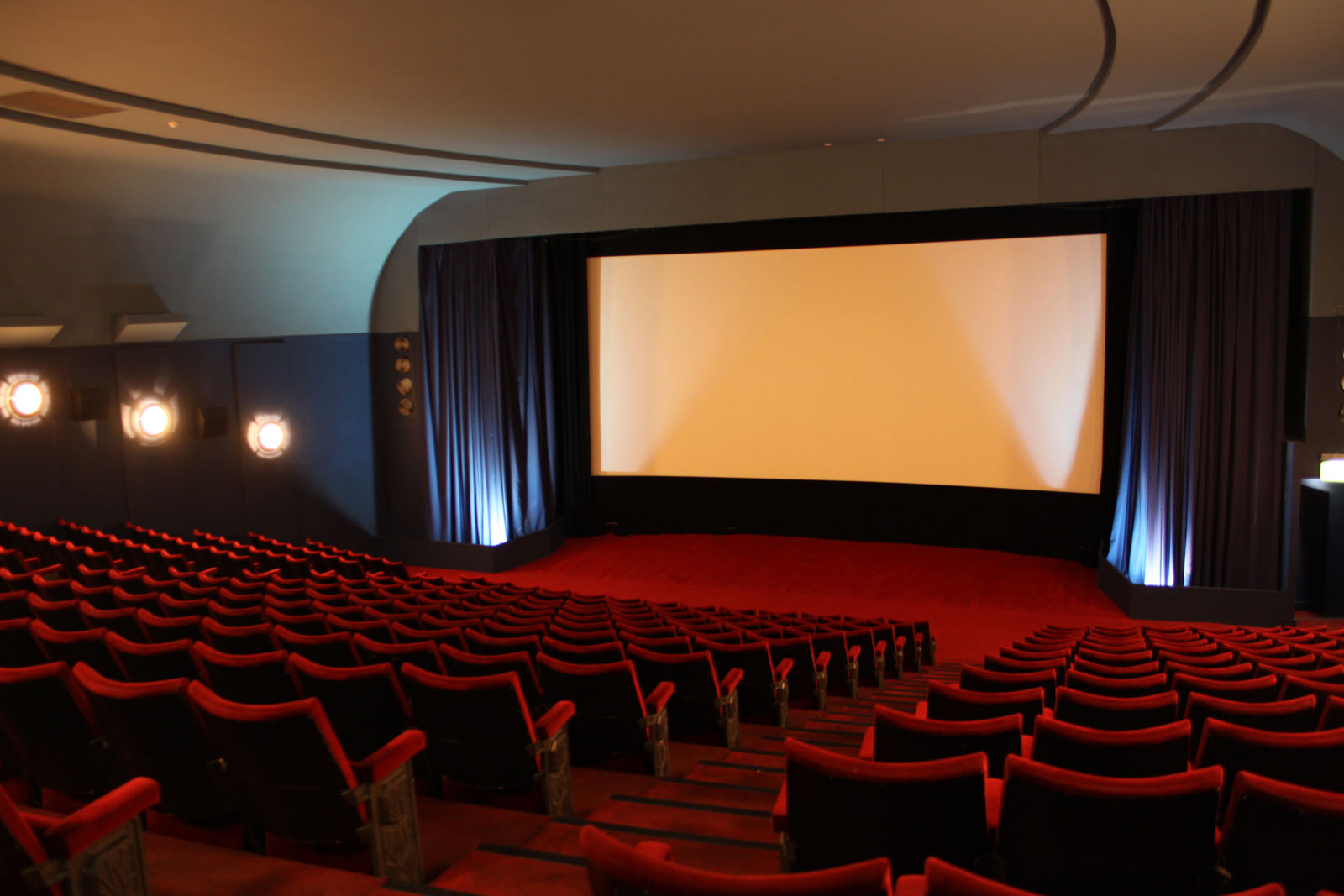 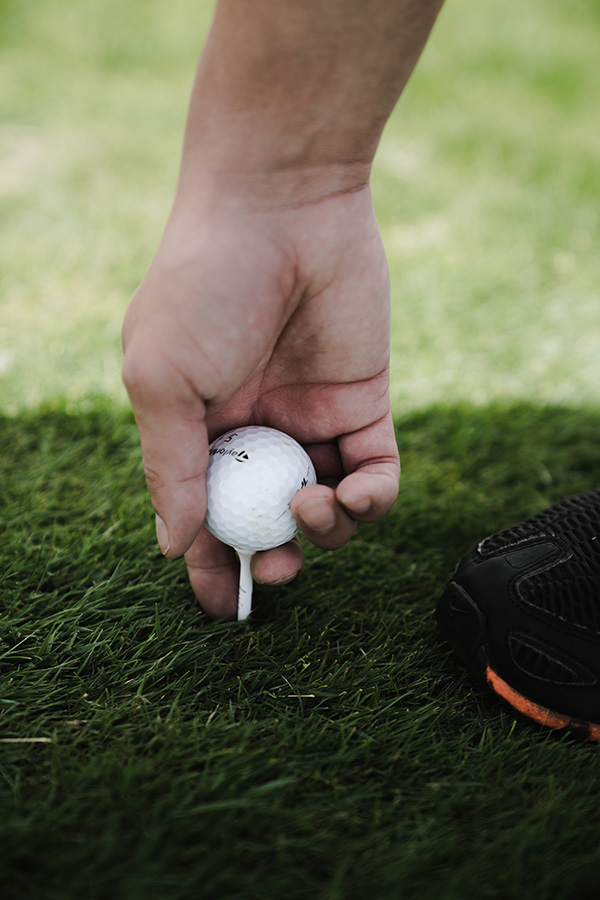 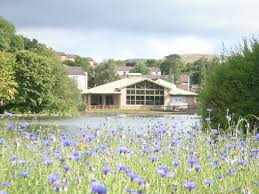 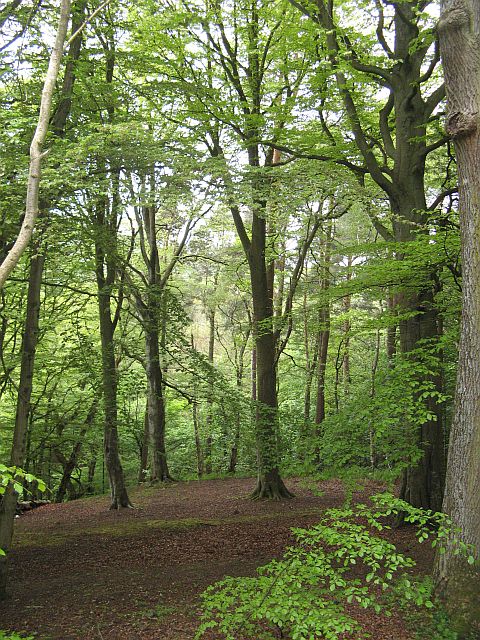 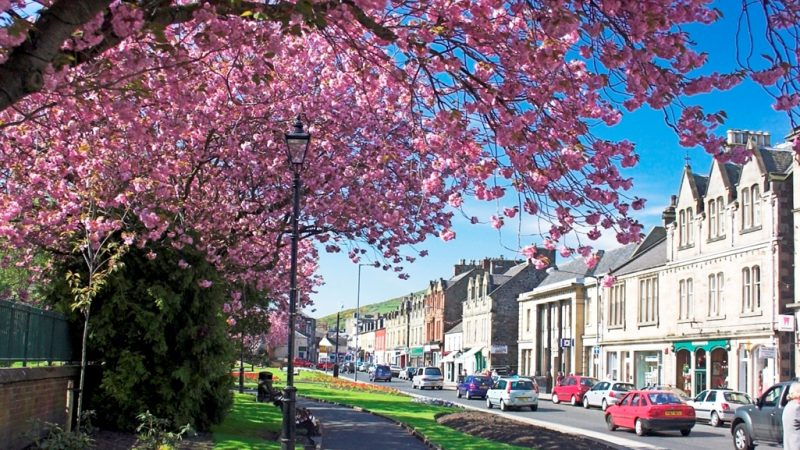 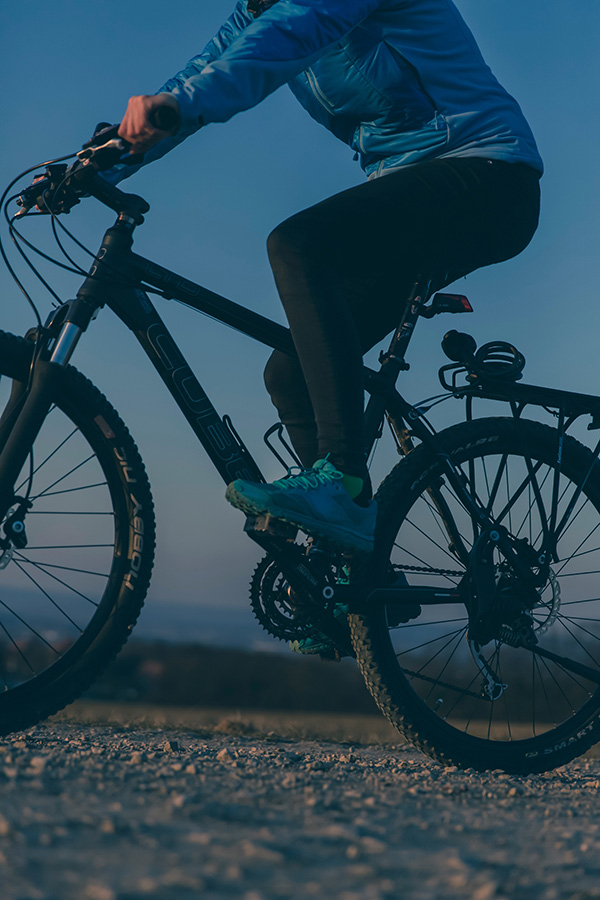 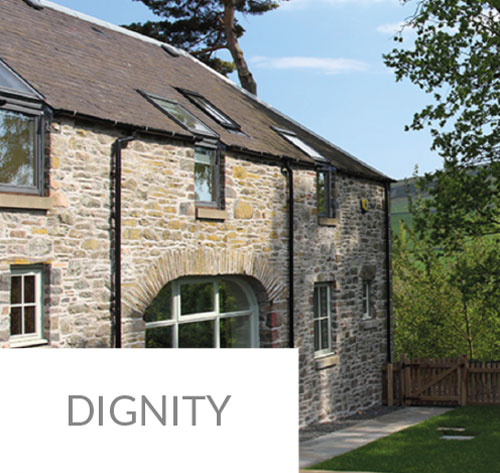 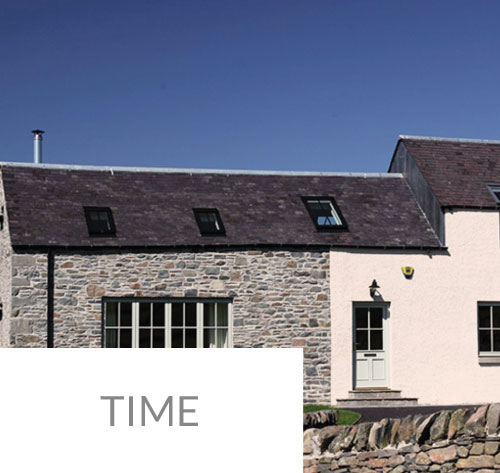